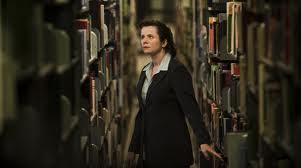 This is an outstanding film - whichever way you come at it. The directorial début of Jim Loach - son of Ken is almost like watching a documentary because the acting is so compelling and draws you in. That doesn't mean it is lacking in drama in any way - far from it.

Emily Watson turns in a stunning performance as Margaret Humphreys a Social Worker from Nottingham who has a chance encounter late one evening with an Australian lady trying to trace her family. When was the last time you heard a story about Social Workers that portrayed them in a positive light? This is one and deservedly so.

The irony of the opening scene finds a deep resonance as the story unfolds. From researching the documents given to her by the Australian woman and decoding the story they tell, Humphreys discovers that over three decades tens of thousands of British children were systematically deported from care to Commonwealth countries. In total, more than 130,000 children were deported to Australia alone. What emerges is that many of the children were only in temporary care and that their families were told they had been adopted by a good family and were now enjoying a much better life.

Many children were told that their parents had died and that they were being given the golden opportunity of travelling to Australia to begin a new life with the promise of sunshine and oranges. The reality was that they were more often than not made to work as slave labourers in the harshest of conditions. Many of the children - particularly the boys, told stories of repeated and systematic rape and abuse. The greater betrayal is that much of the abuse happened at the hands of priests in church orphanages - who then levied punitive charges on the children once they had grown up and were earning so that they could repay the cost of their care!

As Humphreys listens to endless stories, the sheer horror of what she hears eats its way into her caring heart with serious implications for her own health. Added to this as the story unfolds is the growing sense that her family are being asked to pay too high a price themselves as Humphreys spends more and more time in Australia.

The film's genius lies in the gentle way the story is told and how Humphreys persistence in trying to get the authorities to admit and take responsibility for what they have done eventually bears fruit. Furthermore, the way in which Humphreys begins to help the victims own and articulate the fact that as a defence mechanism they have lost the ability to 'feel', is sensitively handled and capably demonstrates the sense of justice and generous humanity that were her motivation.

As sad and sorrowful as the subject matter is, this film is British drama at its very best. No special effects, no fanfares, nothing flashy - simply a good story very well told. I spent large periods of the film fighting back the tears - take the tissues, but do go and see it - it's a story that needs to be heard. 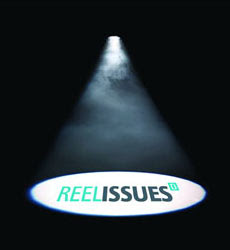 I have just completed a new study for the Bible Society in their Reel Issues Epic series on The Social Network. Find it and many other stimulating studies here.
Posted by Duncan Strathie at 22:07 No comments: 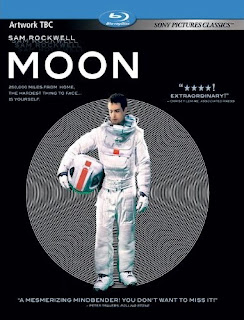 Caught up with this last night. Duncan Jones' Directorial début has a minimal cast but delivers a lot of impact and much food for thought. The acting is tight and the set conceptualisation generic of any sci-fi moon base setting. It is the dynamics of evolving human understanding, personal identity and the movement from isolation to community that makes the narrative journey of this film worth engaging with.

Lunar Industries Ltd harvest Helium 3 from the surface of the moon and it is shipped back to earth in pilot-less pods as a source of energy. The facility is on the far side (as opposed to the dark side) of the moon and is overseen by one operative - Sam Bell who is there on a three year contract. The story begins two weeks before the end of his contract as he begins to look forward to his return to earth. The only link with earth are video messages from earth-bound bosses and from his wife and daughter. The comm-link is down so live communication is out. Bell's only company is a robot by the name of GERTY spookily voiced by Kevin Spacey.

Bell eventually discovers another person on the base - a different version of himself, one that is like he was when first arrived and one which has not been formed by the process of living alone for three years. The two Bell's have a different emotional outlook and even manage a fight at one stage. Eventually they discover they are in fact clones and that the base has hundreds of Bells in stasis in chambers hidden away. It seems they can only last for three years before their body decays and they die. GERTY then wakes up a new Bell telling him he has had an accident and his lack of memory is a consequence of this. The way this is done is extraordinarily engaging and not at all as facile as my description might suggest.

But the Bells do have memory - memory of their wife Tess and daughter Eve. Their desire to return home is unquenchable and GERTY who has been programmed to ensure their well-being is persuaded that helping one of the Bell's to return to earth in the Helium 3 pod is in their best interest. In the end the drive for family, for community, for human connectedness is the thing that pushes this film beyond being just another sci-fi movie.

Bell has been making a balsa wood model of his home town as another symbol to help us to see the depth of longing for rootedness and community that he has. GERTY confirms that he has spent nearly 1000 hours making this model over the three years - a true labour of love.

The film raises a whole heap of questions:

I thoroughly enjoyed this film. Do see it when you get the chance or add it to your Love Film wish list! I'll give it 8/10.
Posted by Duncan Strathie at 19:20 4 comments: