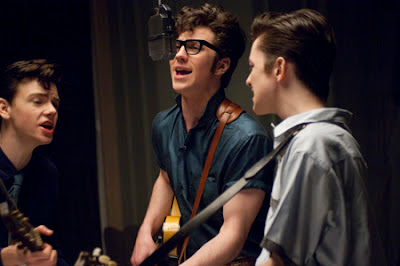 I bought this as ex-rental stock from my local Blockbuster just to make up a multi deal. I'm so glad I did - this film is smart, moving and engaging on a number of levels. Based on the book Imagine This: Growing Up with My Older Brother John Lennon, it will of course be of interest to anyone smitten by the Fab Four. If you want a portrait of England emerging from post-war austerity with the dawn of the swinging sixties glowing over the horizon, it's excellent. As a depiction of mental illness giving rise to family tensions, its power to engender sympathy for all the main characters by the end of the film is unrivalled. This story combines all three strands and weaves a tapestry whose worth exceeds the value of its components.

John (Aaron Johnson) is a troubled teenager who clearly doesn't fit in with his guardian aunt Mimi (Kristin Scott Thomas) or with the masters at the local Quarry Bank High School. Feeling constrained and hemmed in, John tries to forge a sense of self-identity through a number of avenues. Throughout the film he uncovers more and more of the truth about why he is living with his aunt and uncle instead of his mother. That journey scales many peaks of emotional tension and it sustains an affective engagement with his story. The acting throughout is top drawer but Kristin Scott Thomas as the aunt and Anne-Marie Duff as his mother Julia, excel.

If we are to believe that the story has an authenticity about its biographical detail - and there's no reason to suppose otherwise - I for one found my views of John Lennon being challenged. Far from being the drop-out rude boy, the narrative depicts him with warmth and repeatedly shows him acting with compassion - even when his actions will have painful consequences. The family situation in which he grew up goes some way to explaining the nihilism and anarchy that pepper his lyrics.

As a 15 year-old, John experienced life with recently widowed aunt Mimi as drab and authoritarian - a portrayal of Victorian values and British stiff upper lip. She lives in a dark house with brown wallpaper and furnishings. Julia's home is bright, lively and full of music and noise. When given the chance to meet his biological mother, he seizes it and is immediately entranced by the offer of the vibrant and colourful life she embodies - unboundaried, indsciplined, loving and completely spontaneous. The polar opposite of her sister Mimi who is cold, controlling and loathes displays of emotion. John is caught up in a titanic struggle between the lifestyles the two women embody. As the struggle unfolds, so he discovers more and more of his family's dark secrets and the unravelling has far-reaching consequences for everyone.

Through all the trauma that accompanies the revelations John experiences, he discovers a natural musical ability which he marries to his ability to write poetry. Forming a skiffle group (The Quarrymen) with school mates they begin performing and develop a growing and enthusiastic following. John is introduced to Paul McCartney (Thomas Brodie-Sangster) and they develop a friendship as McCartney's more advanced musical ability becomes something he readily shares with the rapidly developing Lennon. In time they are introduced to George Harrison and the nucleus of The Beatles comes into being.

The film stops before the Beatles break into the big time - which for me makes it primarily a film about a family dealing with the difficulties of Julia's mental illness. It just happens that her son becomes world famous and so many want to hear the story. How many families battling similar things, do so with their story remaining untold? The characterisations and script are first class as is the direction by Sam Taylor-Wood.

If you are looking for lots of Quarrymen footage and early Beatles trivia this is not for you - although there are many nods to what is coming. If you want the privilege of sharing with a family struggling with several taboo realities and journeying through the emotional ups and downs that accompany the struggles, then this is for you. Get the tissues and a stiff drink - and enjoy. I'll give it 8/10.

I Know You Know 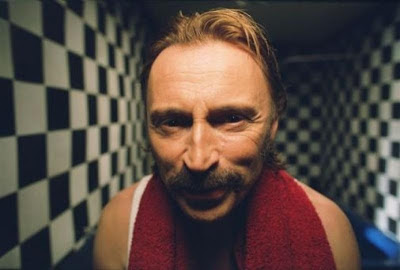 This is a thoroughly gripping film. It is not all uplifting, but it is gripping. Set in a bleak and dreary industrial South Wales landscape in the late 1980's, Robert Carlyle and Arron Fuller give compelling character performances as father and son Charlie and Jaimie. It is a film that is full of warmth.

This is the kind of film that if I were to make any meaningful comment, I would immediately give the plot away and that would be a pity as the plot is also something that is compelling and highly original. So this will be short review. I will say that the film is directed by Justin Kerrigan and is autobiographical - it embodies a lived reality and grittiness.

I said the film is not uplifting - there is no happy ending. However, I would imagine that after the opening 10 minutes or so, few would be able to guess where this story ends up. The acting is tight and the script is very well written and creatively delivered by Carlyle and Fuller.

I'm not surprised that this film only rates 5.8 on IMDB and 64% on rotten tomatoes. So much of the film is rooted in the culture of South Wales and 1980's Thatcherite Britain with the contrasting iconic cars of a gleaming Jenson Interceptor and beat up Ford Capri. I imagine that its cultural reference points may not translate too readily across the pond - it would have been a very different film had it been set in The Bronx or Chicago.

If you enjoy working with a movie you are watching and not always seeking a happy ending, then this could be one for you. Put it on your Love Film list and be prepared for a surprise.

Posted by Duncan Strathie at 22:04 No comments:

I've just added a Bibliography and resource list in the pages tab below on the right.


It's not meant to be exhaustive - simply a list of books I have, most of which I've read, and places I visit on the web and in the real world.


Hope it's helpful.
Posted by Duncan Strathie at 11:01 No comments: