Hell - well worth the watch 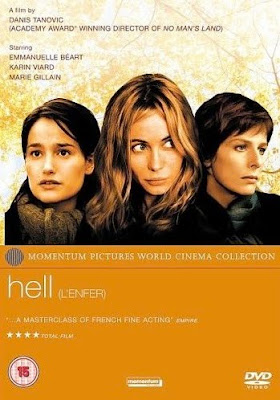 An intense and complex tale of three sisters and their disconnected lives. A story about relationships, unfulfilment, regret revenge and whole raft of other emotions - all portrayed with negative energy. A film devoid of any concept of forgiveness. Is that a vision of how Krieslowski sees Hell? This is not a feel-good film.

There are strong performances from the three actresses playing the sisters. The story is complex and stems from a event the girl's Father was caught up in when they were younger. It is a hard-hitting film which tells its story in an extremely realistic way. There are no silver-linings here.

I won't say any more in case I spoil it for you. Hard work, but well worth the investment. 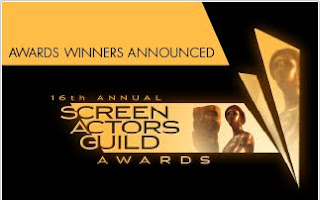 Christoph Waltz picked up another award for his performance in Inglorious Basterds yesterday and the cast also picked up an award for Best Ensemble. Well done Tarantino.
Posted by Duncan Strathie at 12:40 No comments:

The Golden Globes ceremony threw up some interesting winners and spread the awards around.
As predicted in previous posts, it is good to see Meryl Streep as winner of best Actor [sic] for Comedy/Musical - Julie & Julia and Christopher Waltz won best Supporting Actor as Hans Landa in Inglorious Basterds.

Interestingly, Oscar predicitions are saying that it will be a very open field and they have opened nominations for Best Picture to 10 films instead of the usual 5. Nominations to be announced in 02 February.
Posted by Duncan Strathie at 11:56 No comments: 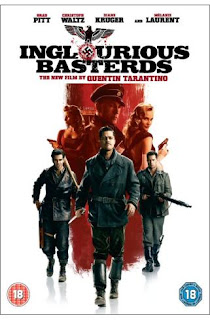 I'll come out right upfront and admit that I am fan of Tarantino. For me, there is no better story-teller making films today - the Coen Brothers come a close second. You know there will be lakes of blood and untold acts of random and brutal violence. But you have to look through these to see a film maker perfecting the art form.

This film is more fantasy than anything else. The characters are too alive and in-your-face to be taken seriously. It is a curious contradictory blend of evil, violence and comedy.

It is a pastiche of motifs from Westerns, Robin Hood and the Dirty Dozen. The soundtrack is again amazing. Brad Pitt's Tennessee hick drawl is so thick - in whatever language he attempts to speak - that his character transcends into farce. Christoph Waltz gives a powerful performance as the cunning SS Colonel Hans Landa know as The Jew Hunter.

The story is completely unbelievable yet it draws you in and offers an revision of history which is in many ways preferable to reality. 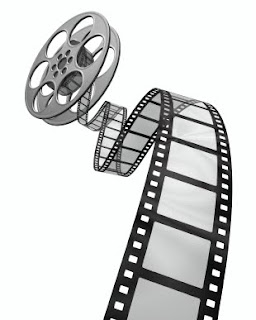 I thought it might be fun to put together a Top Ten of the films I'd seen last year - not necessarily new last year, but seen last year. Ask me tomorrow and I might have a different list, but as of now, here is my list (not in any order):
What would be be on yours?
Posted by Duncan Strathie at 17:20 No comments: 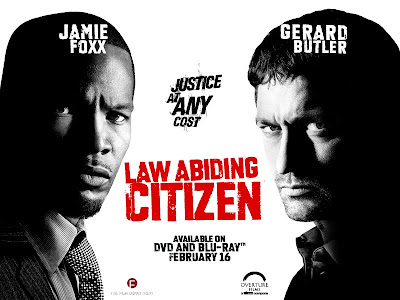 Well here is an exciting film! Not for the faint-hearted or those with a blood-phobia. I found it a perfect action movie into which I could escape. This is not the real world. Many critics however, slate the film and it hasn't done too well in the box office here. As one reviewer on Rotten Tomatoes puts it "Unnecessarily violent and unflinchingly absurd, Law Abiding Citizen is plagued by subpar acting and a story that defies reason."

The story is quite simple. Gerard Butler and his family experience a violent and random attack in their home where they are left for dead. Butler's character survives and he is understandably keen to see justice done to his attackers. The DA does a deal: one of the crooks testifies against the other and condemns him to execution. in return he gets a light gaol sentence.

Butler's character sees this as no justice at all and spends 10 years planning his atatck on the city's justice community. The way in which he carries out his threats is at times unbelievable, but when we learn what he actually did for the US Government, everything fits into place.

The film raises important questions about the American justice system and in particular the plea bargaining culture which undermines public confidence in the Judiciary.

I'm not sure what I was expecting to see when I watched this film - but any film with Amy Adams in gets my vote!

I'm not going to say much about the story as it will spoil it. I think Streep could be up for an Oscar here. The story is based on a true life cookery personality Julia Child and her best selling Mastering the Art of French Cooking which was first published in 1961 and is now in its 40th edition! The book launched a career as a TV cook for Julia and she was a regular feature over the next 35 years. She died in 2004 aged 91.

Julie on the other hand is just about to turn 30, a writer at heart who is stuck in an unfulfilling job and who longs for more. Apart from her marriage, the only other thing that fires her is deciding what to cook for dinner each evening. To break free from the drudgery, she decides to cook all 524 recipes from Julia's book in 365 days and to blog about the experience. The blog becomes a huge hit and so the story grows....

The story is warm, light-hearted, challenging and gentle. It's about creativity, inspiration, shared love and the support a spouse can provide. An excellent film from the Director of Sleepless in Seattle and You've Got Mail but without the slushy sentimentalism. Well worth the investment of time to watch it.

The Bible Society run a subscription only service website call Reel Issues which can be found here. I am an occasional contributor to the studies they feature which cover a wide range of films. For example I have written studies for No Country for Old Men and  Simpsons Movie. So it comes as no surprise that the February movie will be Julie and Julia - and guess who's writing the study?