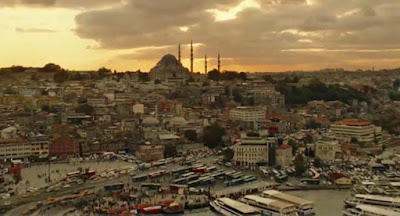 Last time it was Paris this time Istanbul. Bryan Mills (Liam Neeson) is a retired CIA operative with a particular set of skills which includes 1001 ways to kill people. What do trained assassins do when they retire? The only thing they know how to do - kill people. This sequel is predictable as it pits Mills against the Albanian Mafia seeking revenge for their family members killed by Mills in Paris in the franchise opener.

What is guaranteed is the prospect of car chases through the streets of Istanbul, chases on foot over the rooftops of the Bazaar (homage to James Bond?) and sweeping views of the Bosphorus - oh did I mention another pile of bodies? It delivers all of these - and little else.

As his daughter and wife team up with him for a family holiday in Istanbul after he completes a protection job, so the Albanians arrive in town and kidnap his wife and daughter. The narrative arc is straightforward and the only question is will vengeance be served or will the goodie prevail? Well, this is a film that espouses Western values and we all know how well Disney has prepared us for a happy ending.

In reality this film is an excuse for an action movie kill-fest. You know it will be that so don't try and watch it pretending it might be something else. The only glimmer of hope is the ageing Mills' growing sense of fatigue with the whole assassination thing and the hope of a negotiated settlement father-to-father between Mills and Murad Krasniqi (Rade Serbedzija)  the leader of the Albanians. The final killing pays homage to Midnight Express also filmed in Istanbul. There are hints throughout the film that Mills is operating to a higher level of moral integrity - but as he wades through thugs and villains this notion rings hollow.

This was fine for a Saturday TV evening on my own (oh how I hate ad breaks). There are many holes in the plot like driving over the border from Albania into Turkey - I could go on, and on and on.... Having laid waste to dozens of people in Paris and Istanbul, I doubt the LA setting of Taken 3 does anything to improve the franchise. I won't be hurrying to see it. I'll wait for another Saturday night on my own! I'll give it 5/10.

Posted by Duncan Strathie at 09:56 No comments: 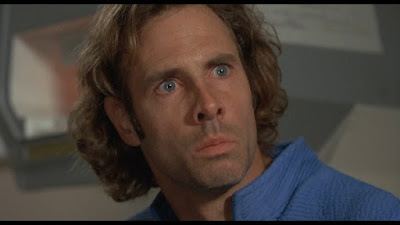 Many film reviews appeal to a title from a previous generation that is used as a benchmark for comparison. In the Sci-Fi genre, Silent Running is one of those older films to which newer creations are compared. I watched it again recently having first seen it decades ago. It was good to see it again.

In many ways it is the antithesis of the modern-day Sci-Fi blockbuster. The special effects are limited - but appropriate. There are only four human characters accompanied by three small robots who inhabit the space freighter 'Valley Forge'. There are no large-scale fight scenes and hardly any blood and gore. The plot is thin and lacks depth. In these respects it's not at all like a contemporary Sci-Fi film.

The 'Valley Forge' is one of a fleet of space ships whose precious cargo is the last surviving plant matter from planet earth. Sustained in large domes on the side of the ship like massive insect-like compound eyes, the forests and glades drift through space in the hope that they can be replanted in a new colony where they will be safe once more from the threat of extinction due to human advancement.

This film does have a strong eco-message and made in 1972 the central character Freeman Lowell (Bruce Dern), is presented as a slightly deranged tree-hugger spiralling into psychosis as the order is given to destroy his precious cargo. His travelling companions do not share his sentiments and are content to simply have as good a time as they can within the confines of a spaceship. The Joan Baez soundtrack gives the perfect accompaniment and is also very much of its time.

The prophetic message of this film has not been diminished by the passage of time. If they could withstand the comparatively slow pace and lack of action and CGI effects, young folk of today would do well to heed this film's message. I sense however that generally speaking they already do and it is the generation for whom the film was originally made that have failed to heed its warning.

Bruce Dern delivers a wonderful performance - he gives 90%+ of the acting in the film. When the other ships in the fleet are ordered to destroy their eco domes and the contents, Lowell decides that that there are already too many people and not enough trees - so he mutinies, kills his crew mates and nurtures his garden. As time passes, the robots who are great at weeding, become increasingly poor at filling the void left by human contact which drives Lowell to spiral ever deeper.

This is an odd film in that it is not a classic yet it is a film that is often referred to and held up as a benchmark. Silent Running has been named as an influence on Wall-E, Red Dwarf and Moon as well as other forms of art. The fact that today, more than 40 years on, it still has a currency amongst the filmmaking and watching fraternity testifies to its strength, innovation and strong acting. I'm happy to have a disc of it among my canon of must have films. I'll give it 7/10.

Posted by Duncan Strathie at 14:47 No comments: