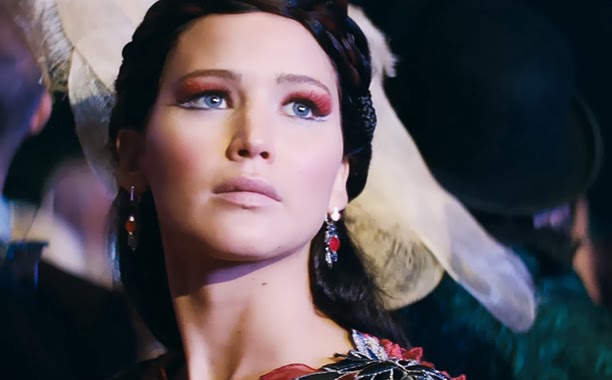 Saw this later the same day! I'm all gamed out for the time being!!

The story of Katniss Everdeen (Jennifer Lawrence) continues and heads in a mostly predictable direction for much of the film. The same format for the Hunger Games is there, the same issues are dealt with but this time there are one or two interesting twists. The good acting continues - especially from Lawrence but there are strong supporting roles too. Once or twice the dialogue is poor and stutters as it tries to carry the story. In one scene Peeta finds a pearl in a clam and he just says to Katniss "For you" and she replies "Thanks" and takes the pearl. Perhaps I missed a deeper significance.

There is however significant character development in this film and the introduction of Philip Seymour Hoffman as Plutarch Heavensbee adds a machiavellian gravitas and depth as to begin with his character is ambiguous in his intentions. Effie Trinket (Elizabeth Banks) is let off the leash in this outing as is Woody Harrelson (Haymitch Abernathy)  and they both shine. I am told by them that knows these things that the story is very close to the book. Seldom a concern for me as I prefer to see a film before reading the book - it makes visualization so much easier!

This film is set only one year after the first instalment but Katniss' little sister Primrose (Willow Shields) seems to have grown up all at once! The 75th Hunger Games are created in a particularly cruel and pernicious way - the work of a really twisted mind. This all serves to heighten the tension and raise the stakes which is ably demonstrated in the creation of the 'Mockingjay' as the symbol of resistance. Katniss' love triangle with Gale and Peeta develops into a ambiguous and confusing menage a trois. It is not clear (to me) how this will be resolved.

So, we await the third and final instalment. Will Katniss succeed in leading an insurrection and overthrowing President Snow? If so what kind of way of being will emerge? Will it be the end of the Hunger Games? Will she hook up with Gale or Peeta - or play them both along? So many questions - I'll have to wait for the third film. Reading a book is such hard work! I'll give this one 8/10.

Posted by Duncan Strathie at 18:18