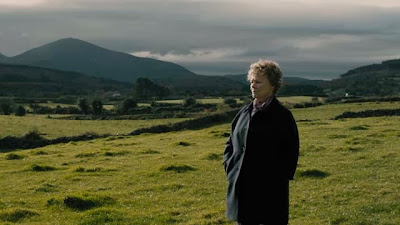 If ever a role was written for an actor it is this title role and Dame Judy Dench. She makes it her own and is completely compelling. This film will tug at the heart strings - and make you laugh. It is is a film about love, grace, evil and hope. It would too easy and too simplistic to develop ideas that stereotype the main players in this tale - again based on a real story. We need to deal with the reality of what the film presents rather than take pops at the main baddies in the story - religion, nuns and the Catholic Church. We also need to remember that it begins in the early 1950's - a very different world to the one we live in today. Philomena is at one and the same time both a simple and yet immensely complex character. Dench effortlessly brings great depth and subtlety to the role.

The trailer and hype surrounding this film have already disclosed the plot so there really is nothing to spoil. That in no way diminishes the emotional weight of the film neither does it obscure Dench's performance. This film is so worth seeing - we need to collectively stand in Philomena's pain and the pain of thousands like her around the world. (Not all by any means, victims of Catholic nuns!) Illegitimate children and their young mothers were taken in by convents in exchange for manual labour - a modern-day workhouse. Mothers were allowed one hour's contact with their child each day. The babies were 'sold' to those who could afford them and adopted - quite often to Americans. This is what happened to Philomena's son Anthony.

The Central Statistics Office of Ireland has revealed that in 2012 36.5% of babies were born outside marriage. Clearly things have moved on in the last 60 years. Irish society was firmly in the grip of a certain kind of Catholic dogma and the Church held that sex outside marriage was a sin. The nuns saw it as a spiritual kindness to offer the girls and their children a future they would not have otherwise had. The way in which they ran the convent workhouses and piled guilt and scorn on the heads of these young women is repugnant in the extreme. That it was done in the name of God and love, for me only adds to the abhorrence I felt watching the story. That the nuns then tried to make it impossible for mothers to track their children or even worse vice-a-versa simply heaps even more deplorable behaviour on this sorry tale.

Throughout her life Philomena remains devout. She is on one hand lacking in sophistication and simple yet on the other very shrewd when she wants to be. She is undemanding, a good mother to the family she raised after leaving the convent and able to appreciate and enjoy the novelty of luxury when she encounters it.

The other main character is the former BBC journalist Martin Sixsmith played by Steve Coogan who also co-wrote the screenplay. I must confess to not being a fan of Alan Partridge (Coogan's alter ego comedy character from TV) and each time I see him (including in What Maisie Knew) I can't get past Partridge to the character he is playing. He makes Sixsmith veer between being self-obsessed and objectionable, to being compassionate and a crusader for truth. This sets up an interesting relationship between Philomena and Sixsmith as they track down Anthony.

As I said, this film will evoke a range of emotional responses from viewers. Whilst Sixsmith is not afraid to voice his judgement on what has happened Philomena offers a different response. For 50 years she kept her secret and once she had revealed it, it took on a life and energy of its own that gives the film its gripping story. Of course we all want to know what happened to Anthony and whether or not they will be reunited. We all know that the story will not be straightforward and that there will be twists and turns. The story, based on Sixsmith's book of the account, does not disappoint.

We are all of us complex creatures with needs we know of and satisfy, needs we know of and hide and needs that remain unknown yet exert an influence on our behaviour and longings. Actions have consequences and whether it being 'taking down your knickers' or disclosing that you have a long lost son to his half-sister, moments of revelation and discovery can generate unforeseen outcomes that have a tangle of both good and bad that seem inseparable. The point in the film where Philomena recalls the moment of passion amongst the straw at the fair is pure poetry and she seems not to regret it for one moment.

The story is driven by love - and not just Philomena's. The evil is evident in the convent and most of the nuns who populated it then - and now and who collude with obfuscating the truth. What shone through for me was that in her simple understanding of faith and who God was and is, that Philomena was able to act with grace and maintain her own integrity without diminishing her view of herself. This primarily is a story about grace. I saw it at Harbour Lights on Sunday and the folk there said that it was 'going mental' with huge turn-outs to view it. Go and join the throng - you won't be disappointed. I'll give it 8.5/10.

Posted by Duncan Strathie at 08:59