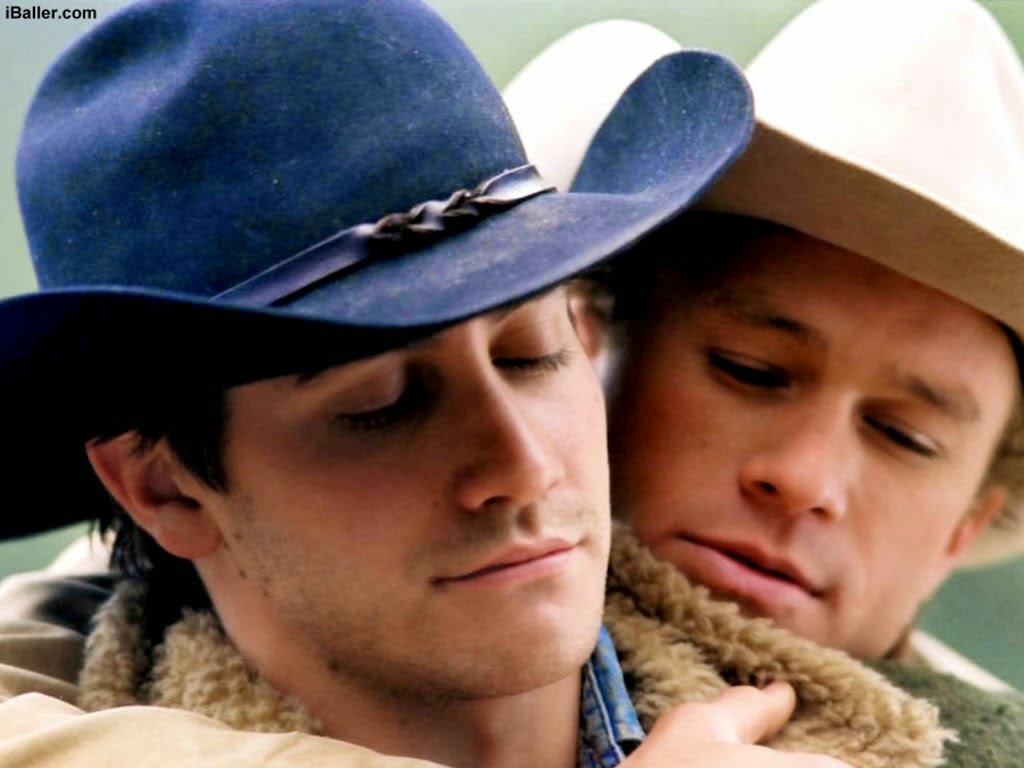 For a change there are PLOT SPOILERS in this reflection.

With its sweeping vistas and brooding skies at one point I thought this was a film about the weather. I was wrong, this is a film about love and relationships. It is a film that avoids cliches as it portrays the messiness of life and that people, their emotions and their love don't always fit into net little boxes.

Set in the grandeur of Wyoming and beginning in 1963, this film is about a great many things. When homosexuality was illegal and the punishments punitive, two cowboys hired for the summer to take a flock of sheep up into the high pasture discover and attraction for one another. What they did on Brokeback Mountain is one thing. What they did in town was another.

The pace is (at times painfully) slow as the relationship between Jack (Jake Gyllenhaal) and Ennis (Heath Ledger) builds and develops. The season is cut short by a snow storm moving in and the two part company. While Jack remains philosophical as he drives off into the next chapter, Ennis is really cut up at their parting and emotes strongly.

Jack returns the following spring in the hope of being rehired and hooking up again with Ennis - but Ennis doesn't show - he's moved on. Marriage and children ensue for both of them and life looks okay with Jack marrying into money in Texas and Ennis and his working wife just about holding things together in small town Wyoming. Okay that is, until Jack sends Ennis a post card suggesting they spend a few days at Brokeback Mountain 'fishing'.

Over the next 20 years these liaison's continue and.... suspicions grow. Jack makes a visit to Mexico for casual sex and confesses this to Ennis some time later - news he doesn't take well. Relationships become strained and messier. Jack was always running the greater risk in the more conservative Texas.

I guess each one of us has a Brokeback Mountain, a place where we become truly alive and feel totally ourselves. Whilst the narrative arc is about relationships, regret and fulfilment the way in which Director Ang Lee treats the subject matter and allows the actors to act is masterful. It is not only the two leads who turn in start performances but just about the whole cast. Heath Ledger is a huge talent who is already so sorely missed.

This is based on a short story by Annie Proulx - a short story that manages to deliver a long film at 134 minutes. It's a film that invites the viewer to reflect on the relationships which shape each one of us. A lot of the film falls within the 'mumblecore' domain - it would have been better to have watched it with subtitles. But I'll give it 8/10.

Posted by Duncan Strathie at 22:10