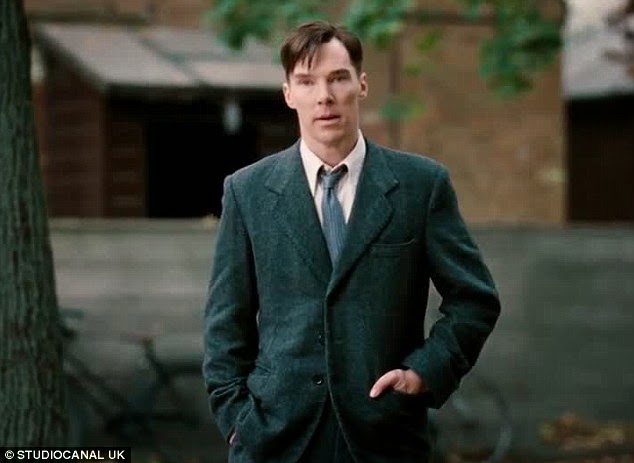 This is an excellent film. The acting is compelling - Cumberbatch dominates the screen and delivers a sensitive and nuanced performance to present the tortured genius who was Alan Turing. The supporting cast all provide solid support. The film is not without its difficulties, but these can be overlooked as it delivers so much so well.

I understand Turing's relatives gave the film their seal of approval. There will always be debates about details but in the end this picture gives us an insight into a special person who achieved extraordinary things at a critical time in world history. The visual and aural feel and sets of this film give a very authentic feel which is backed up by the dialogue and the very different way people behaved in the middle of the last century.

We know that this is a film retelling the story of how Turing (Benedict Cumberbatch) cracked the cryptography of the German Enigma code machine in WWII. It could have been a simple linear storyline - like Mr Turner, but it isn't. Turing is a complex character. A mathematical genius who is on the Aspergers-Autism spectrum and who happens to be a homosexual. As I said a complex character - in many ways enigmatic himself! So, the film is edited in a very creative way that interweaves the past of Turing's childhood days at Sherborne School, with the 'now' (WWII) and then the future, early 1950's, as a Detective follows a hunch. This gives the story a lively feel and keeps things moving in a way that shows how Turing behaves in the 'now' based on his past character development and the consequences this leads to in the future.

Keira Knightley who plays Joan Clarke does so with great sensitivity. She offers Turing a way of seeing the world which might help him to make sense of others' social interaction and it's worth conjecturing what might have been had things gone differently. At school, Turing's friend Christopher - the only boy who has any time for him - tells him "Sometimes it is the people no one imagines anything of who do the things that no one can imagine.". This he later says to Clarke who towards the end of the film returns the compliment. This is the recurring theme of the film.

Such is the weight of Cumberbatch's performance that I would not be surprised to see him Oscar nominated for this - and it would be a worthy nomination. I commend this film to you and would encourage you to see it while you can. I'll give it 8/10.

Posted by Duncan Strathie at 16:41