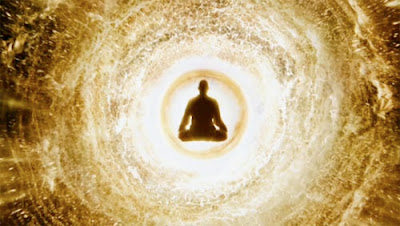 "Death is the road to awe". The problem is that this film about death and how we handle it is anything but awesome! Any film that chooses to explore death and how we might prepare for it and embrace it is courageous. However, this film delivers three interlocking stories that spread over a millennium but which drown in a sea of the slushiest sentimentality.

Death remains the great barrier which we all fear. The hope is that we live on in some way - I'm not at all sure that I buy into the the mishmash of Eastern-Buddhist Nirvana driven reincarnation pantheism. No, I am sure - I don't.

If you want a film that plays mind games with your darkest fears and holds a hope of pie-in-the-sky lotus position transcendant experiences then this is something for you. This film is short on philosophy and short on a coherent way to string a story together.

I could continue trying to write intelligibly about this film but there is a much more erudite review from the archives of BFI's Sight and Sound here.

As much as I like Darren Aronofsky's films (Black Swan, The Wrestler, Requiem for a Dream and Pi) I can only say he's getting better and better. I'll give this 4/10.
Posted by Duncan Strathie at 22:19 3 comments:

The Kids are Alright

I  missed this in the cinema and am grateful for the rainy holiday weekend that keeps me indoors! What a delightful film. This film is strong on narrative and strong on performance. It is both believable and reasonable - given that the story is set in southern California! This film explores questions relating to family and how nature and nurture relate to one another, about relationships and fidelity. The story explores emotions and the morality surrounding a gay couple who both mothered a child from the same anonymous sperm donor. The fun starts when one of the children comes of age and makes contact with their father.

There are two key moments in this film. One where Nic (one of the Moms [Annette Bening]) challenges sperm doning Paul (Mark Ruffalo) by reminding him that this is her family and not his and suggesting that if he wants his own, he should grow it and go with all the pain and struggle that this entails. The irony is of course that the family was enabled to grow through his donation which begs the question to what extent is it his family too?

The second moment comes on the painful journey from infidelity to forgiveness when Jules (Julianne Moore) - the other Mom - delivers a blockbuster speech on the nature and challenges of the long haul of making a marriage work.

In every respect the two Moms operate like a 'conventional' heterosexual couple with Nic taking a more masculine role and Jules describing herself as the 'wife'. The two kids have obviously come to terms with the unconventional nature of their family unit - perhaps in southern California it is not so unconventional?

Donor Dad Paul who dropped out from College and is very laid back and languid is the antithesis of Nic's conception of drivenness and high-achieving. He runs an eco friendly restaurant using locally grown organic produce and is finally making good in life. He strikes up an relationship with the  empathetic sensitive and unsettled Jules which nearly derails the whole thing.

This film is a gift for exploring questions realting to same-sex relationships, families, and whether or not the concept of nuclear family is open to redefinition in post-modern southern California - or next door to you. The fact that it does so in such an accesible way with such great humour (yes this a comedy) is a great credit to Lisa Cholodenko who conceived and directed this film. 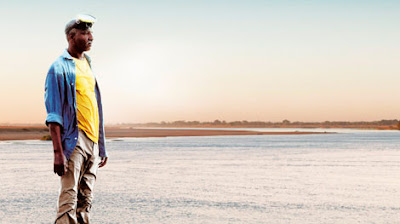 This is a good film on a number of levels:
This is a story about a male problem - pride. Or, at least as I see things the way in which pride manifests itself in men. In that way the central character Adam (Youssouf Djaoro) is an archetype - heard that before somewhere! In his youth he reprtesented his country as a swimmer and won, consequently everyone calls him 'Champ'. Now in his 50's, his job is pool supervisor at a hotel - a post he appears to have held for 30 years purely on the merit of once having been champ. He supervises his twenty year old son Abdel (Dioucounda Koma ) who teaches the wealthy guests to swim.


The hotel is taken over by new foreign owners and is run through the ruthless effeciency of Mme Wang (Heling Li). The review of staffing results in Adam's best friend the cook who has worked there for 30 years being made redundant. Soon after Adam is redeployed to gate-keeper and the ignominy of having to wear a uniform and be at the beck and call of all the drivers is clearly somehting he finds degrading.


The country is engaged in civil war and as the rebels move nearer the city pressure is put on families by the local Chief (Emile Abossolo M'bo ) to make cash contributions to support the war. Adam has also taken a pay cut and is unable to contribute. His feeling of helplessness is made worse when the Chief proudly tells Adam that he gave his 17 year old son to the army with a clear implication that Adam should do likewise. Under increasing pressure he too gives his son up to the army. The fighting intensifies.


As Adam slides into a sea of despair, his son's previously unknown pregnant girlfriend turns up. As the rebels approach the city the population flee and Adam's world is turned upside down when he spots the Chief masquerading as a woman shepherding two younger children along with the throng. Adam challenges him but a gun is pulled.


This brings Adam to his senses and he tries to make amends for his actions. He realises that life has passed him by as he rested on the laurels of his teenage success. He realises that in reality his life is worth nothing. The leader he looked up to has betrayed him. The only son he has and whom he loves has been given over to the war. His job has vanished, his best friend the cook lies ill in hospital. Adam's wife (Hadje Fatime N'Goua ) and would-be daughter in law (Djénéba Koné ) are depicted as dutiful victims of a male world.


This is a potent story about how pride can blind. It graphically shows how life's opportunities need to be siezed and that everything simply can't go on forever unchanged. The advancing rebels and the civil war are a dynamic metaphor for the struggle Adam is facing and the battles he has to fight. The muted colours of sub-Saharan Africa and the relentlessness of the sand reinforce the narrative as it unfolds.


I saw this at the BFI Southbank in London. Catch it if you can. It is directed by Mahamat-Saleh Haroun who has many great films under his belt - including Darrat which is also on at the BFI in an Haroun season and is well worth seeing. 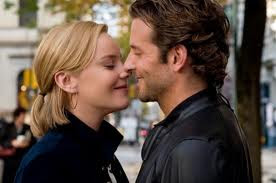 This is a simple story that is creatively told. Everyone dreams 'what if' dreams - what if my brain worked to its full potential rather than the usual limits of 20%? In a chance encounter, Eddie (Bradley Cooper) who is a down-on-his-luck writer bumps into his ex brother-in-law Vernon (Johnny Whitworth) who takes pity on him and offers a pill (NCT) that will make him feel better. Eddie pops the pill and rest is history.

Directed by Neil Burger, the film uses a number of stunning visual techniques to narrate the story. The opening titles sequence is a series of never ending zooms through car windows and along crowded side walks up Manhattan. The speed, saturation, brilliance and cacophony of noise are pushed to the limit to exhibit the heightened sensual acuity that Eddie enjoys when riding the NCT wave. His brain able to process all this data and generate a thousand possible scenarios means he is always 50 steps ahead of the opposition whether it be in terms of negotiating a deal with a loan shark, fighting to save his own life or closing the biggest merger in US Corporate history.

The film chooses to place the new Eddie as a transformed author who finishes his book in just days. He enter the world of share and commodity dealing and quintuples his profits on a daily business. This brings him to the attention of Wall Street's Mr Big - Carl Van Loon (Robert De Nero) who hires him to oversee a merger/acquisition. It's a pity that enhanced abilities are put to use generating wealth rather than engaging in some other philanthropic activity - but I guess that is the prevailing 'what if' dream of post-modern Western society.

This is an action film. As Eddie's stocks of NCT runs low he runs the risk of death from the severity of the withdrawal symptoms. He commissions a scientist to manufacture NCT but the scientist is unsure about the safety without clinical trials. Those who originally manufactured the NCT are trying to get their stash back and when the generic Balkan/Russian loan shark discovers the existence of NCT and pops one himself he too puts pressure on Eddie to supply. As all of Eddie's spinning plates look like falling off their poles at the same time, he runs out of NCT and has to find a solution using his 'normal' intellect. There is of course an ongoing love interest, the possibility of re-engagement with his ex and a series of heightened one-night-stands, one of which leaves his partner dead meaning he has the police on his back too.

There are other stunning visuals - like when the ceiling tiles become letter and number tiles and click over like those on airport departure boards. Burger invents his own version of 'digital rain' - alphabet rain, as Eddie types at a speed his laptop struggles to keep up with.

For me, whilst inviting the audience to ask an important question, the limit of the exploration of only one possible response means the story is never fully able to reach its potential - it is far from limitless as it plays out the usual stuff of greed and personal advancement. What if multiple possible futures had played out simultaneously? Once or twice the dialogue verges on the metaphysical with references to human striving to become the perfect expression of what we have been created to be, but it never really engages in anything remotely philosophical or spiritual. For me this is the film's major short-coming.

An enjoyable action movie but ultimately limited rather than limitless. I'll give it 6.5/10.
Posted by Duncan Strathie at 10:49 No comments: