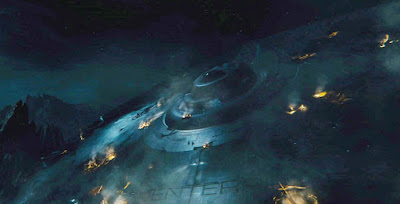 Have you ever been to your favourite restaurant, ordered your favourite meal and when it's set before you, even though it's made with all the usual ingredients, in the same kitchen, but it's made by a different chef and unsurprisingly it doesn't taste as it should? The third film in the reboot is Directed by Justin Lee and not JJ Abrams as was the case with the previous two and that may well be the root of the problem with this film.

Don't get me wrong. This is a Star Trek film with all the usual characters, lots of action, new alien species to encounter and peril that places the Enterprise and Federation in jeopardy, but the way it's put together results in a film that is somewhat less than the sum of its parts. Disappointing.

It's difficult to pin point the real problem. The plot is convoluted, the action sequences a bit over done, Zulu is suddenly gay and different scenes in the film resonate with other movies - a docking sequence from the Matrix, a forest from Avatar and action sequences from Indiana Jones to name but three.

The film is set in the third year of a five year mission and sees the Enterprise at the edge of known Federation space. A lot of the narrative arc is occupied by the relationships between the lead characters rather than the plot of the film - or perhaps this is intentionally the plot of the film. When you come up against the edge of the known universe I guess there might be a reluctance to invent yet more alien worlds and races. With the whole of the universe to play with, for me the film felt almost claustrophobic, being limited to essentially two locations - the Starbase Yorktown and the planet Alamid.

The plot lacks subtlety and descends into a seemingly power-crazed revengeful quest for mass destruction because old soldiers never change. This at least gives Idris Elba an outing as a Star Trek baddie as the convincing Krall. The film then moves towards a climatic conclusion which of course is followed by the happy ending and the crew ready for the next mission.

Did I enjoy it? Yes. However, it left me feeling that it could and perhaps should, have been so much more - perhaps the reboot needs a reboot. Most viewers will not be too disappointed by the film but ardent Trekkies may have more of a problem. Time to get the proper chef back in the kitchen. I'll give it 7/10.

Posted by Duncan Strathie at 12:17 No comments: 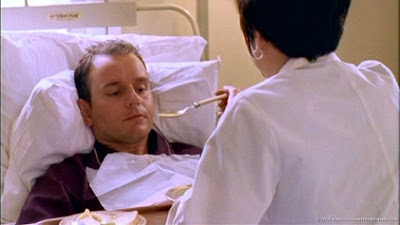 A friend lent me the disc and told me i had to watch this film. The question I am left with is "why?". Wikipedia describes the film as a satirical comedy. Well, that's one way of looking at it. Set in October 1993 the narrative inter-twines a number of stories - England are playing Holland in a qualifier, the Balkan War is in full swing, refugees are flooding to the UK and racism is out of control on the streets of London.

Perhaps the chaotic way in which the stories unfold through jump-cut editing is a device intended to reflect the chaos of war and its aftermath. It makes for rather disjointed viewing and narrative arcs that make tangential turns only to resolve themselves in a happy ending depicting people who at first seem far from beautiful. I can't remember seeing a film quite like it.

The film has some extremely unlikely plot turns but the fact that most of the characters provoked a strong reaction from me shows that something must have been working. Few of the characters are likable - perhaps that's necessary for them all to be transformed into beautiful people. All-in-all the whole thing is just overdone and lacking finesse.

There are some who have the seen this film and think it's very clever and done well. It is interesting that on Rotten Tomatoes that there aren't many viewer reviews and only a few critic reviews. The top critics on the site all rate it positively whereas IMDb is less enthusiastic giving it 6.7/10. All of this simply demonstrates it's a film you either get or it gets you! I'll give it 6/10.

Posted by Duncan Strathie at 14:43 No comments:

Rogue One: A Star Wars Story 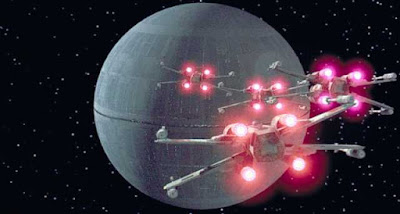 This film seems to divide opinion. A good friend of mine whose opinions and film witterings I really appreciate (Vic Thiessen) writes on his blog's review of this film about the main thing that bothers him: "the utter lack of originality and imagination, resulting in an overwhelming sense of boredom". Perhaps the UK release was a totally different film, but in the version I saw, for me the thing that made it fly was the way in which it took me back 40 years to look into the future. Edge of the seat stuff for most of its 133 minutes - and that from a film with (mostly) new characters. Yes there was lots of mindless action, explosions, shootings and crashes but this is a war film after all.

For me this film could have been made in the 1970s, have been locked away in George Lucas' private film vault and released as a gift for Christmas 2016. Obviously the production techniques have moved on quite a bit since the original, but the worlds created in the film have such a familiar feel about them, the dualism of the Dark Side of the Empire against the good people of the Rebellion, Tie Fighters and X-Wings all made it feel like a luxuriating nostalgic indulgence. I didn't mind being duped - that is after all what I paid the ticket price for.

I won't go into the story except to say that it has a tremendously high level of continuity with the Star Wars universe that we know and love. It takes the opportunity to provide (invent?) some back story that helps make more sense of the original trilogies. It feels real - if that's not a silly thing to say and that is why so many have liked it. On iMDb it currently scores 8.1/10 and on Rotten Tomatoes 85% so it must have something going for it!

It was good to see Felicity Jones performing strongly in a different kind of role as Jyn Erso. There were strong performances from many others - even Peter Cushing performs from beyond the grave to reprise his role as Grand Moff Tarkin. Any fears that the Disneyfication of the franchise would see it altered in a negative way are ill-founded now that we have two films to judge the new owners of the brand by. That is really good news as the production schedule has new films appearing at an appetising rate.

Posted by Duncan Strathie at 15:47 No comments: 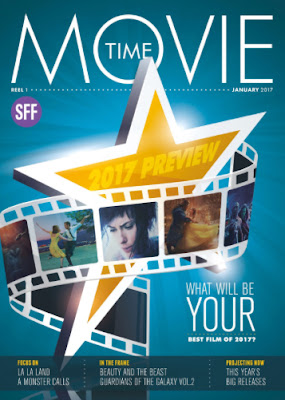 A great listing of all that is to come this year from those nice people at Show Film First. Click on the pic to follow the link.
Posted by Duncan Strathie at 12:42 No comments:

Something for folk in or near the West Midlands. Come and join me for a day exploring how we make meaning through watching films together.

Bring your own lunch

Please register to help us know how many chairs to put out!

See you there 😀
Posted by Duncan Strathie at 15:36 No comments: 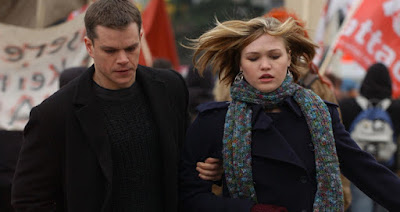 The fourth offering in the Bourne franchise was always going to run the risk of becoming stale and feeling like a cynical way to make more money from Robert Ludlum's character. This film's narrative is different to the opening trilogy - yes it's filled with chases, explosions, glittering cities around the world, but in the few quieter moments it develops Bourne's quest to rediscover himself in a tender, nuanced and unexpected way.

Produced by Matt Damon and Directed by Paul Greengrass this is an intelligent action/spy movie that kept me on the edge of my seat throughout. The narrative arc begins and ends with a bare knuckle prize fight - although the concluding fight delivers a different prize for Bourne (Matt Damon). However, throughout the rest of the story Bourne still has to deal with the old school Director of the CIA, this time played with hauntingly cold efficiency by Tommy Lee Jones.

Against the same old, same old ethos of the CIA which is struggling to maintain its credibility with Congress, the film deftly introduces the new thinking brought to us by Millennials about open-source social media platforms, freedom of information and a suspicion of the "State". This film is so much more than Bourne simply evading assassins.

Continuity is offered through the character Nicky Parsons (Julia Stiles) who risks everything to help Bourne discover the truth about his past. Pamela Landy is replaced by the sassy and ambitious cyber-geek Heather Lee (Alicia Vikander) who also has sympathy for Bourne - but only as far as it will advance her own agenda.

The action shots move at breath-taking pace from Reykjavik to Athens to Berlin, London and on to Las Vegas for the Grand Finale. The chases, are as unbelievable as ever and Bourne's resourcefulness seemingly knows no limitation at all. His ability to penetrate the strongest of defences and disappear like a ghost presumably pays testimony to the effectiveness of the training he received under the Treadstone Project.

As you may have gathered, I liked this film - a lot. For me it avoided many of the pitfalls that beckoned whilst adding extra depth to the story. The locations were stunningly shot - many of them at night and within the world of Bourne and the CIA it was all believable. The cutting question might be, are the security agencies of our respective countries carrying out activities like this on our behalf? To be honest I am fearful of the answer. I'll give the film an 8/10.

Posted by Duncan Strathie at 15:52 No comments: