The Hobbit: The Battle of the Five Armies 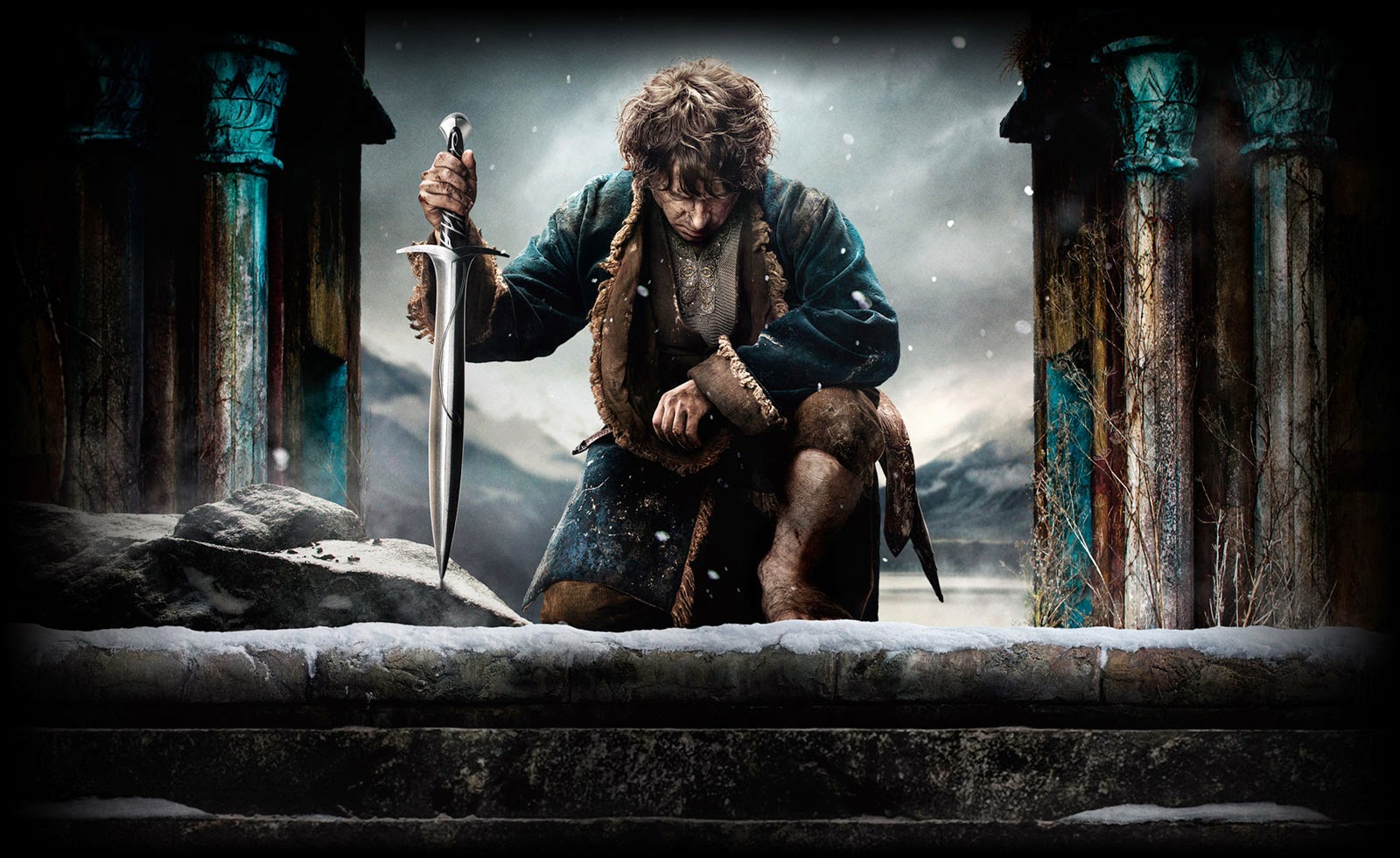 The long-awaited conclusion to Peter Jackson's over-extended trilogy has arrived. Considering this is a story about The Hobbit, Bilbo Baggins seems to be a in a support role for most of the film. This is not so much a film about The Hobbit but about an over-indulgence in CGI technology and a story that meanders all over the place because the second film in the trilogy set it up to do so.

The CGI and conflagration of five armies means there is a lot of fighting in this film. Much blood is spilled and many body parts hacked off while heads explode. The relentless nature of the fighting is more like a Warhammer player convention or a banshee going wild in a Games Workshop Store! To be honest - I found it too much of the same. Elves, Dwarves, Orcs, Goblins, a wizard, Hobbits, Wargs, the men of Dale, a shape-shifter, bats, free folk, eagles, a dragon and a nasty piece of work called Smaug all battle it out to possess the Lonely Mountain which is the gateway to Erebor - the homeland of the dwarves and which contains unfathomable amounts of gold and treasure. Of such things myths are made.

I read the book 40 years ago and I must say that seeing this trilogy would not spur me to re-read it - which would take about the same amount of time as watching all three films back-to-back. This is a pity as the LOTR trilogy stands as a cinematic high point, The Hobbit feels more like a franchise being milked by an over-eager fantasist.

There are plenty of moral and ethical themes to explore in this film as you would expect with anything stemming from Tolkien. There is a beautiful exploration of the power and pain of love as a new emotion for Tauriel (Evangeline Lilly) as she is drawn to Thorin (Richard Armitage) in a clumsy love triangle. Bilbo Baggins maintains the challenge of  moral propriety in the midst of great urges to give in to a range of seductive temptations. Courage is evident in many of the main protagonists as are sacrifice and honour.

Unless I missed something in the film the ending was very odd. Even with the good guys winning it seemed that everyone simply went home after the battle - despite their respective claims on the mountain and its treasure. What was that all about? Humour is provided at the end when Bilbo returns to The Shire to find his possessions being auctioned off.

There are many fine acting performances as you would expect with such a stellar cast. Martin Freeman is electric in the tile role. I'm not sure the 3D version would have added much - except possibly a headache. If you are a Tolkien fan or a LOTR aficionado then this will be a good watch for you. If not - it might just be seen as one long battle between confusing groups of ugly and beautiful people - pretty much like the world we live in really. I'll give it 6/10.

Posted by Duncan Strathie at 09:50 No comments: 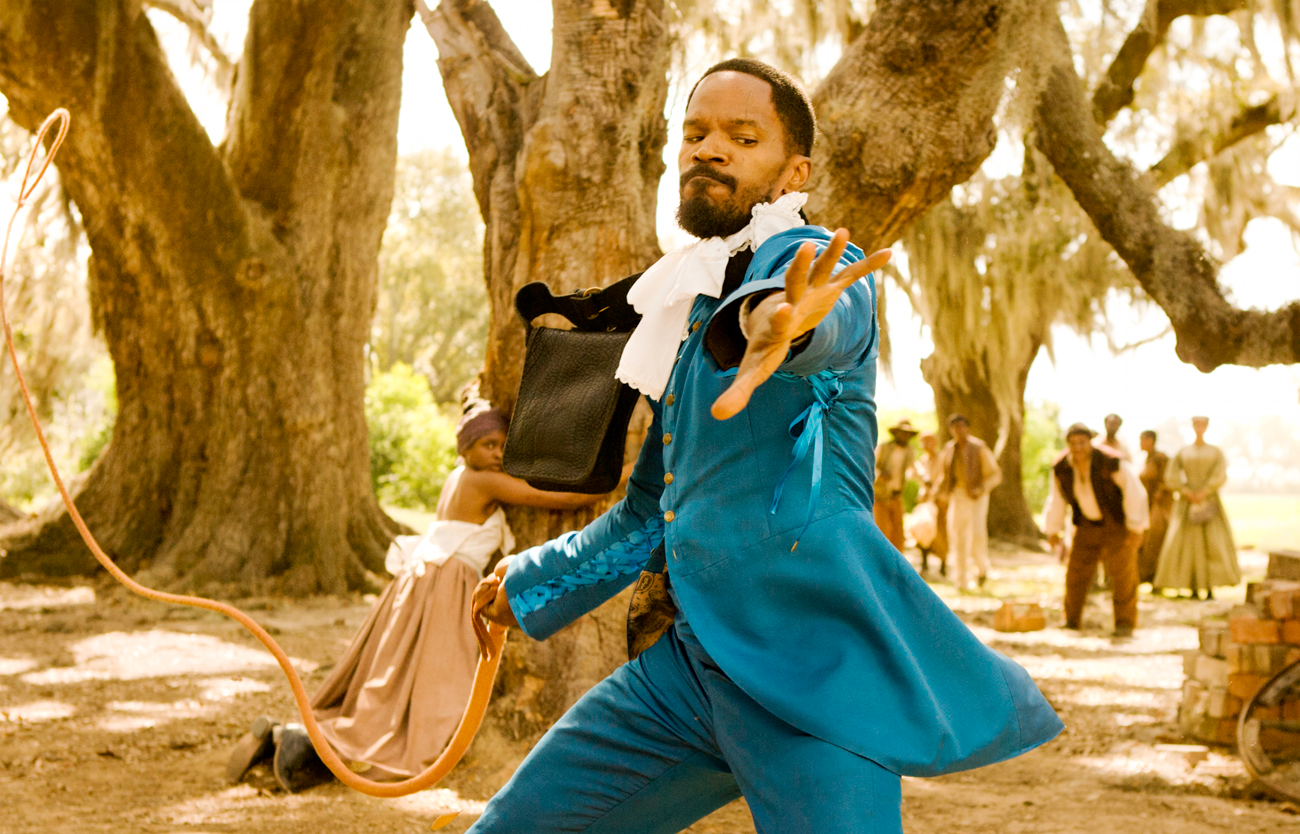 This is a Tarantino film so suspension of belief in a rational world is required from the outset. Once achieved, you can sit back and enjoy this movie knowing that there will be blood and exploding body parts and a script where the least likely twist is the one that will be used to advance the narrative and where impossible odds will always become not just possible but odds-on do-able. I enjoyed this film - a lot.

For me Quentin Tarantino is the best story-teller making films these days and at 2:45 it's a long story - but it doesn't drag. It's 12 Years a Slave meets spaghetti western with a killer soundtrack and great acting. The lighting palette is ever changing and always adding to the visual creativity. Some scenes were lit with directional lighting from either above or below which gives a strong visual key to the intended relative moral merit of the characters in the scene.

Tarantino's Oscar winning screenplay is pure genius which at times slides into (Monty) Pythonesque farce. Bodies with limbs hacked off refuse to lie down and die. Blood spurts cover the walls and there is shooting with such accuracy that individual and specific body parts are targeted with apparent ease and deadliness. The fantasy nature of the physical violence is echoed in the violence of slavery as it is portrayed in the film. It is presented in a way that invites the viewer to reflect, perhaps in a new way, on what it means to violate another human being. The dialogue is always clever, witty and pays homage to so many different films and characterisations. It is a joy.

The story itself is as unbelievable as any other part of the film but it is carried  by the actors with such sensitivity and strength that it completely draws you in and it becomes totally convincing. Fully deserving of the Oscar, Christoph Waltz is mesmerising as Dr King Schultz as he goes into partnership with Jamie Foxx's Django. Leonardo DiCaprio as plantation owner Calvin Candie and Samuel L Jackson's Stephen are also extremely strong performances.

The story is set in 1858 just before the American Civil War and slavery remains central to the narrative throughout the film. The genius of the screenplay is that it is the comparatively liberal and inclusive outlook of the European (German) Schultz that provides the impetus that drives the story. As a Bounty Hunter Schultz embodies an unlikely mix of characteristics including generosity, fidelity and humour but it is the way Waltz is able to blend these with the more expected cunning and ruthlessness that make the character so endearing.

As you may have gathered, I really enjoyed this and would commend it to you - as long as you are able to wade through pools of blood and dismembered body parts. It is as stimulating as it is enjoyable and the story manages the difficult balancing act of never quite revealing if natural justice will win or whether the status quo will prevail. I'll give it 9/10.