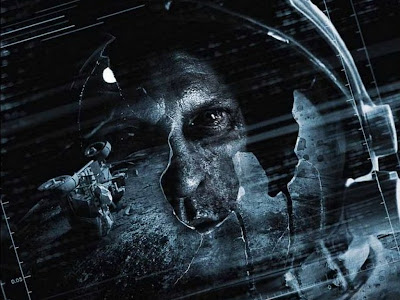 In space, no-one can hear you yawn! Which is just as well as this is really the only response this film deserves. This claustrophobic moon-shot yarn is one for the conspiracy theorists - and not really for anyone else. Avoid it is my advice.

The whole thing is predicated on supposed orignal footage that has been uploaded to the lunartruth.com website in a wiki-like leak. Apollo 18 was a supposedly secret moon-shot to follow up reports (possibly from the Russians) of life on the Moon. The entire film, we are told, comprises edited highlights of the 80 hours of mission video that was uploaded to this website. The trouble is that people actually buy into this! I googled it and the web if full of people asking why they can't access the website and concluding that it's because of national security or government censorship issues. They seem unable to imagine that it could just be a marketing ploy. Here's what someone actually asked Yahoo! Answers.

I just saw Apollo 18. I am wondering if the government took it down, NASA took it down, the website is just down, or if the whole thing was just a scam to make it look like it was taken off. Thanks!"

All in all, the film has a very authentic retro moonshot feel as we are treated to the annoying blips and beeps of Mission Control in Houston and scratchy juddering video. Conveniently the video image is affected by interference and so breaks up just when you might see something meaningful. We are however treated to a decomposing Russian Cosmonaut, rocks that turn into scuttling spider/crab mutation combos and the idea that the good old US of A would not only sanction such a mission but abandon it's bravest when things get a little difficult.

The final five minutes are undoubtedly the best - but having to watch the rest of it simply to get there is one giant leap too far. Save yourself - don't go and see it. Its Alien-like homage is crude, Sc-Fi dimensions shabby, acting a tad wooden and horror delivery woeful. For the soundtrack alone which featured 'Yes', I'm going to give it 2/10!

Posted by Duncan Strathie at 16:29