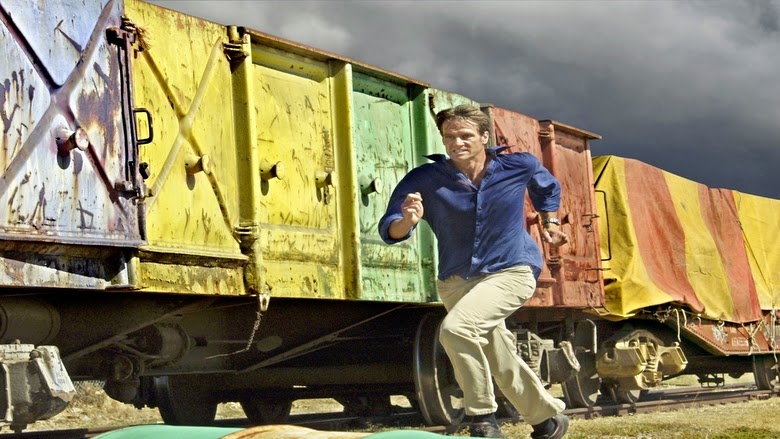 This indie Australian film by Director Sarah Watts is a thoughtful exploration of the ways people handle death and dying, and view their own mortality. This might not strike you as an immediate recipe for a happy movie watching but the central characters are warm and engaging and their developing romance over the course the weekend in which the story is set is both endearing and believable.

The film begins with a death and ends with the hope of life. Most of the existential angst that drives the film is non-religious but there are occasional engagements with questions of faith, belief and life beyond the here and now. This would be a good film perhaps for a youth group to watch and discuss - there are even a few giggles along the way. (UK 12 Certificate) Anyone who has experienced a loved one suddenly being taken seriously ill or dying will be all too aware that a natural response is a heightened sensitivity that sees every TV programme as being medical or set in a hospital and out and about there is hearse lurking around every corner!

Illness, ageing, accident, abortion and suicide all intertwine as a series of inter-connected people go about their lives at various stages of preparing for the inevitable, grieving over the loss of a loved one after a long illness or coping with the tragedy of accidental death - or was it suicide? The role of family relationships and responsibilities to older and younger relatives gets a thoughtful and useful treatment.

What the film does well, is to delve into the paranoia that can confront some people. The two central characters Meryl Lee (Justine Clarke) and Nick (William McInnes) see death all around them all the time as the film jump edits to animations depicting the scene becoming one in which people are either run over or eaten by a shark! This does become a little tiring after a while. The film does resist the temptation to offer therapy. It also doesn't delve too deeply into the psychological disturbances that give rise to our sense of the fragility of life and how we too often take good health for granted.

There's not a lot more to say without giving the plot away - such as it is. This film is subject rather than plot driven. It depicts suburban Adelaide in less than glamorous terms but that gives the film a earthiness that enhances its sense of reality. It invites a reflection on our own mortality but in a gentle way. Unless this is not a good time for you, I'd say it is worth hunting down a copy. I bought mine for £1.99 in a Hospice Charity Shop! I'll give it 7/10.

Posted by Duncan Strathie at 14:15